Summer is the season of festivals, and as we truly get into the heart of it, we’re proud to introduce our brand new Follow The Sun festival, a one-day event taking place at The Wedgewood Rooms in Portsmouth. On Saturday 7th July we’ll be joined by some of our hotly tipped CloseUp pals from both near and far. Tickets are just £10, so what more could you ask for?

No stranger to the scene, south coast four-piece Wild Front will be fresh from playing the Main Stage at Isle of Wight festival a few weeks before to do the honor of being our headliner. Their distinctive sound was born from a mutual love of 80’s rock and alt-indie and they’ll be bringing down the house with their mesmerising synths and evocative guitars with tracks such as ‘Simmer Down’, which was inspired by the likes of Black Keys and Toto (no, not THAT song), and the laid back Summery sounds of ‘When We Were Young’. If you’ve not heard their gratifying 2017 EP, ‘Physics’ make sure you give it a whirl before the day.

Sub-headline comes from Leeds boys, Marsicans. Their songs are peppered with harmonies and jaunty riffs as found in the likes of ‘Swimming’ and ‘Throw Ourselves In’ which radiate warmth. Their latest single ‘Wake Up Freya’ exposes those superb vocals and showing a softer side to the band. They’ve had huge support from Radio 1’s Huw Stephens, and know how to bring the energy to their live shows.

Singing out those graceful vocals, Isle of Wight’s Lauran Hibberd and her energetic glow will be performing folk-pop songs, each telling a tale, like ‘Eliza’, which isn’t about a specific person, but  “actually the person in your mind that I’ve called Eliza, the conscience.” and ‘Hunny Is This What Adults Do?’ a joyful look at millennial adulthood that I’m sure many of us can relate to.

From the CloseUp family, we’ll have How’s Harry who are best known for their exhilarating live performance full of vigorous riffs and empowering vocals. If 80s synths mixed with indie-rock is your kind of vibe, then you’ll enjoy ‘Totem’ and ‘Gathering Storm’.

Bel Esprit will also be along for the party with their alluring musical poetry. They’ll be showing off their excellent new track ‘Red Weather’ with its intricate riffs and elevating melodies, and no doubt the glorious ‘Follow The Sun’ which was truly made for this festival…

If you’ve yet to hear Me and The Moon live, you’re in for a treat. Their unique sound sees distinctly chilled pop riffs combined with delicate vocals and as it says on their Spotify ‘embodies those long, warm, hazy days’  – just what you want for a festival. They’re upbeat and lively as expressed in ‘It’s Alright’, ‘Get Away’, and ‘Standing Still’ which will have you doing the complete opposite.

Also from the south coast, four-piece, Sad Palace describe themselves as ‘Supernatural groove rock’. They’ll have you intrigued from the first note and have such a versatile discography from the eighties-style sounds of ‘Melody Crux’, the melodiousness of ‘Honeycone’, to the laid-back, spine-tingling ‘Frostbeat’. Expect flouncing guitar, dreamy riffs and new music you’ll be craving more of. 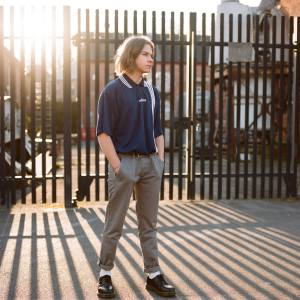 Up and comer Tom Millichamp is already championed by BBC introducing for his skillful guitar combination of indie, folk, and pop. His recent track ‘If I’, a tale of a couple’s romantic fall out, has already had over 17k streams. Multitalented, ‘Ending It at This’ sees Tom showing off his rapping skills and ‘The Washing Up Song’ highlights his light-hearted side. With songs you’ll be able to relate to, make sure you don’t miss out on Tom’s set.

So what are you waiting for? Tickets are £10 and you can get yours from DICE here: https://goo.gl/WW7Lw3