We’re champions of all genres of music and this week to celebrate one of the latest additions to our roster we’ve got three female-fronted artists that we’re suggesting should get on your radar. If you’ve got any recommendations for artist noise, drop us a tweet to @CloseUpPromotions. 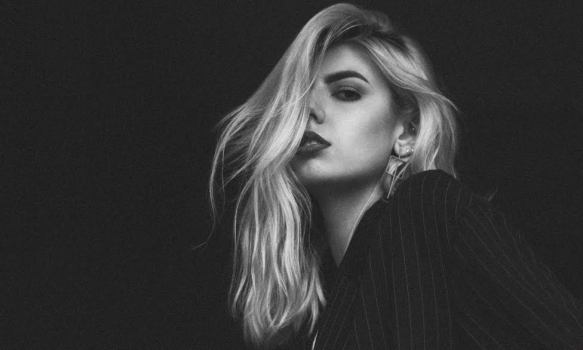 Joining the CloseUp family is rising queen of dark-pop, Sølv, a UK singer/songwriter/producer and all-round creative prowess as she also designs the artwork, and comes up with video and photo concepts. Her sound has been described as somewhere between Banks and Lana Del Ray so it’s no surprise that the latter is cited as one of her inspirations.

Sølv’s music takes us on an laid back electronic journey lead by R&B infused pop vocals. Tracks such as ‘Codeine’ and ‘Dark Romance’ will encapsulate you from the first bar. You won’t find any energetic and aggressive beats here, only seductive rhythms and that evocative sound of hers as present in the chilled ‘Losing My Mind’ and the enchanting ‘Down with your Demons’.

Since the release of her EP ‘Black Ink’ in 2016, Sølv has been making a name for herself and we’re honoured to have her as part of the family. Keep your eyes peeled for upcoming shows as Sølv is definitely one to watch. 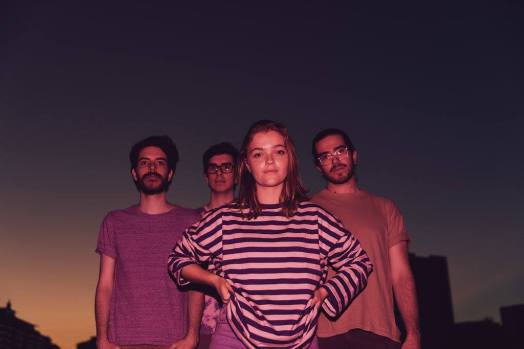 Formed in Ontario, Canada, three brothers and their friend Katie created Dizzy in a bid to make music “to combat the anxieties and vortex of boredom” that came from growing up in the suburbs.

It was this upbringing that gave them the intrigue to explore music and art outside of what was right in front of them and create their own unique sound. The result? Beautiful alt-dream-pop fuelled with harmonies and layered vocals onto of a sensational blend of electronics and relaxed guitars.

Throughout their music, there are symbolisms of love singing about heartbreak in the likes of ‘Joshua’ and the early stages of romance in ‘Stars & Moon’ as well as provoking nostalgia with the melancholy ‘Pretty Thing’. Their lyrics are poetic and metaphorical, continuing to create evocative scenes as the songs develop. Everything comes together easily and feels elegantly natural.

Dizzy have just released their debut album ‘Baby Teeth’ and you can catch them live as they visit the UK at the end of September.

If heavy riffs and melodic hooks are more your scene, the undeniable Yonaka will be one for the playlist. Hailing from Brighton, Yonaka have been causing a stir as they pump out fiery anthems. Their sound is unique, unlike any artist on the scene right now, with punk-rock roaring guitars combined with hypnotic beats, guided by lead singer Theresa’s blazing vocals. They’ve been described as “the wild spawn of Yeah Yeah Yeahs and Royal Blood“.

When it comes to their lyrics, Yonaka make statements with their music, with the likes of the explosive ‘F.W.T.B’ and ‘Wouldn’t Want to Be Ya’. They’ve just dropped their ‘Teach Me To Fight’ EP  which is 4-tracks of what can only be described as utter anthems. You’re unlikely to get a ballad out of this lot.

On stage, Yonaka will captivate you with a live performance that’s exhilarating and wild, truly taking control and captivating the audience. They’re made for festivals and have slots from The Great Escape, Bestival and Reading and Leeds under their belt. They’re championed by the likes of Spotify, Radio 1, NME and are continuing to cause a riot on the scene as they head to the top.